Find this article at:
go.ncsu.edu/readext?743377
— Written By Jessica Strickland 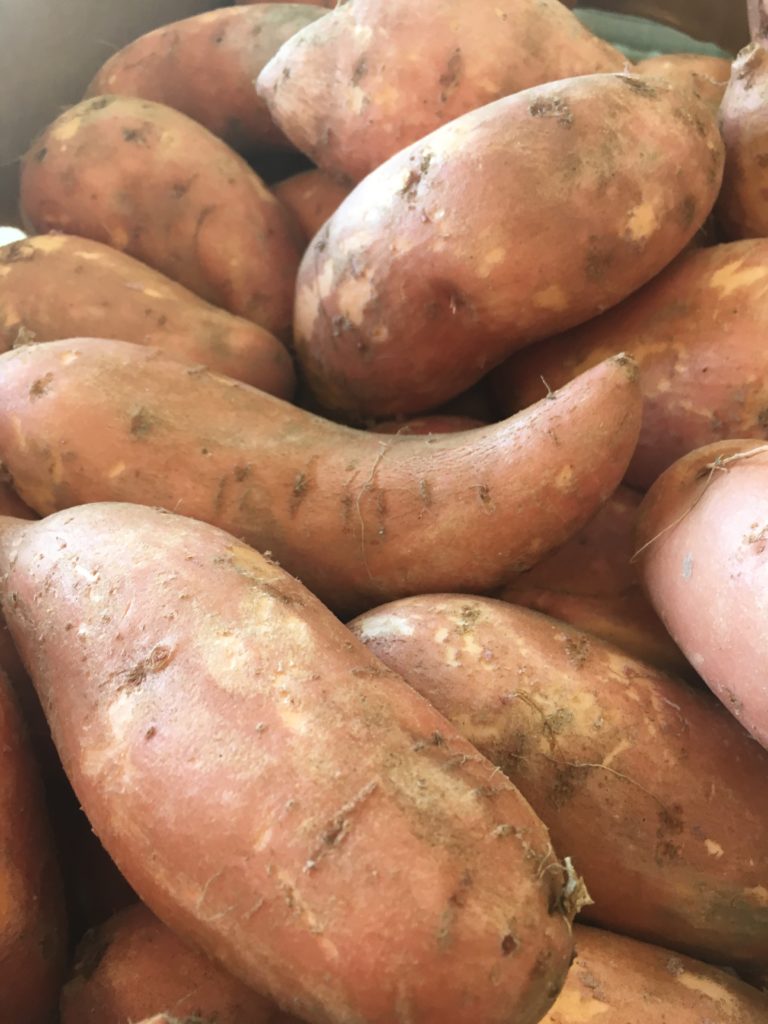 Did you know that the sweet potato is no potato? The plant is a member of the morning glory family, and it produces bulging food-storage roots that are edible. In contrast, the white (Irish) potato plant is a nightshade family member that produces swollen underground stems called tubers. Sweet potatoes are grown in warmer climates, while white potatoes dominate in cool climate areas.

Sweet potatoes come in many different colors like orange, white, yellow, red, and purple. The taste, texture, flavor, and nutritional content differs among the varieties. Orange sweet potatoes are the sweetest of them all.

Central Americans were raising sweet potatoes when Christopher Columbus first landed on their shores in 1942. He liked the vegetable so much that on his fourth voyage, he took some home to grow in Europe.

In the United States, orange-fleshed sweet potatoes have been mistakenly called yams for so long that both names are becoming accepted usage. The United States Department of Agriculture still requires, however, that food labels with the term “yam” be accompanied by the words “sweet potato.” True yams are starchy, underground tubers that historical artifacts indicate were a food crop in Africa at least 50,000 years ago. Unlike sweet potatoes, yams have rough, scaly skin, and they are not sweet. Grown in tropical zones, yams also can reach up to 6 feet long and weigh more than 150 pounds.

Considered a superfood, sweet potatoes serve as an excellent source of vitamins A and C, contain more fiber than a bowl of oatmeal and more beta carotene than 23 cups of broccoli, and are free of cholesterol, fat, and gluten. One medium sweet potato has just 103 calories, and despite their name sweet potatoes are diabetic friendly, causing no blood sugar spike. Sweet potatoes should never be refrigerated unless they are cooked. Temperatures below 55°F damage the quality and destroy the flavor, causing them to become bitter.

Be sure to include fresh, local sweet potatoes with your fall and holiday meals. Several vendors at the Farm Credit Farmers Market now have sweet potatoes for sell. The market is open on Fridays from 10 a.m. to 5:30 p.m. and Saturdays from 9 a.m. to 2 p.m. The market is located behind The Maxwell Center at 3114 Wayne Memorial Drive, Goldsboro.