Find this article at:
go.ncsu.edu/readext?781043
— Written By Jessica Strickland

I believe many of us would agree that we are ready for spring. As we begin getting some spring like days we often have spring fever and want to start working on our gardens. It is a common occurrence for people to plant warm season flowers and vegetables when we have this first taste of spring weather, however, our cold temperatures are likely not over (as we saw last weekend) and it is too early to start planting warm season plants outdoors. 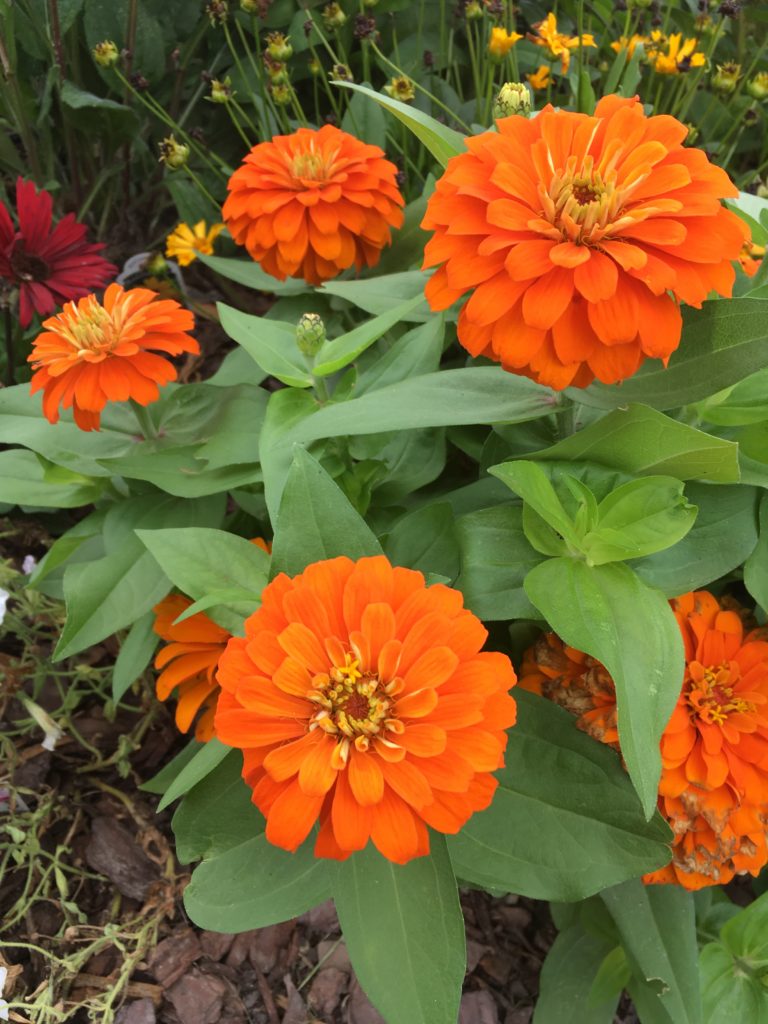 Zinnias are an example of a warm season plant that should not be planted until mid-April when the chance of a spring frost is less likely.

It is important to know when the last average spring frost dates is for your area so you can time when to plant these warm season plants outdoors without the risk of a late frost causing damage. In Wayne County, you’ll find resources say the average last spring frost date ranges from March 28th to April 20th. As you can see there is lots of variation in the date when we have our last frost in Wayne County. The ranges vary depending on how many years of data are include in the average and takes into consideration how often it does not occur on that average date. The last frost date has been as early as mid-March and some years as late as the beginning of May in our area. Even though it may sound simple enough to take the average of all the last spring frost dates over the years and go with that dates as to when to plant, we all know Mother Nature has a mind of its own and we can never truly predict when the last frost will occur.

As a general rule of thumb, we often pick somewhere in the middle and say around April 15th (just remember tax day) is a good time to begin thinking about planting warm season plants outdoors in Wayne County. Remember, however, there is no guarantee that there will not be a frost after April 15th!

If you can wait to plant warm season plants, you could choose some cool season plants instead that can tolerate a little frost and cool soil temperatures. Some common cool season vegetables and herbs that could be planted now include potatoes, onions, broccoli, cabbage, kale, cilantro, lettuce, and spinach. Some common cool season flowers you could plants now include dianthus, pansies, dusty miller, snapdragons, and bachelor’s buttons.

So what is a gardener to do if they just cannot wait to plant warm season vegetables, like tomatoes, peppers, beans, and squash, in their garden? It all depends on if you want to be a risk taker or play it safe. Some gardeners go ahead and start planning warm-season vegetables around the first of April knowing that they could lose their plants to a late frost, while others wait until around the first of May when the risk of a late frost is less.

If you do plant early, you have to be prepared to cover and protect your plants if we do have a late frost. Row covers made of light-weight fabric that will be sun and air permeable work well for quickly covering plants if a frost is predicted. Many try to cover plants with plastic because it is often what they have on hand for a last minute solution. Plastic covers usually create more plant damage than good. Plant foliage in direct contact with the plastic can be burned and if the plastic is not removed early in the morning, you are creating a mini-greenhouse that will quickly over heat your plants and not allow air to get to them. When covers are used they should be removed the next morning as temperatures increase to prevent further plant damage.

As you plan for planting your flower and vegetable gardens keep in mind that we are not necessarily out of the clear for having a late spring frost. We never know if we have already seen our last frost for the season or if we will have some more cold temperatures come our way over the next month.