Find this article at:
go.ncsu.edu/readext?810587
— Written By Jessica Strickland

Nothing says summer like watermelons. Watermelons are often a must at our summer cookouts and are a wonderful treat during hot summer days. 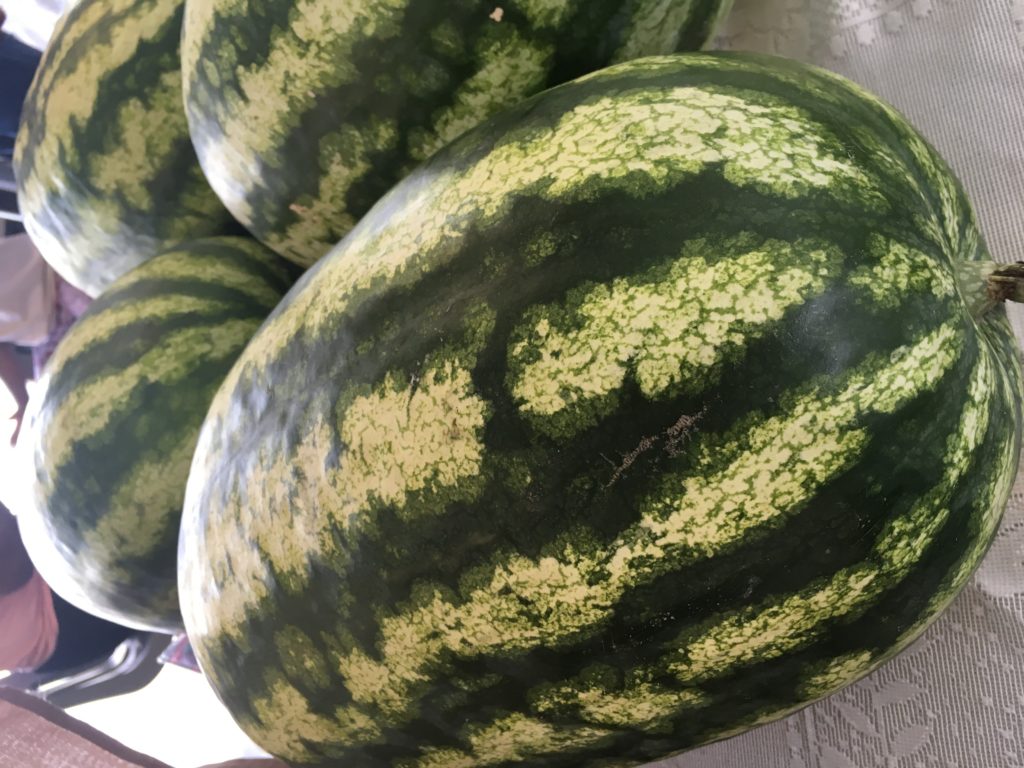 Watermelons are grown for the fresh market. Large-scale producers (usually more than 20 acres) generally use brokers who provide the marketing services to the producers. Watermelons are in season from July through August. It takes 80 to 95 days for watermelon to become full-grown. There are many varieties of watermelons (over 1,200) that vary in size and flavor. The four main categories are seeded, seedless, icebox, and yellow/orange. Seedless varieties are in increasing demand. Watermelons do depend on honeybees for pollination, without honeybees we would not be enjoying watermelons.

Watermelons can get large, next time check out some of the largest watermelon entries at the state fair or local fairs in our area. The heaviest watermelon to date weighed in at 350.5 pounds and was grown by Guinness World Record holder Chris Kent, of Sevierville, TN in 2013.

Watermelons are made up of approximately 92% water. Watermelon is cholesterol, fat, and sodium free. Is an excellent source of vitamins A and C, and is only 80 calories per a 2-cup serving. Watermelons is an excellent value with just one large watermelon feeding up to three dozen people making it one of the most budget-friendly fruits.

So how do you go about selecting a ripe watermelon? Ever seen someone thumping a watermelon to determine if it is ripe and wondered what they are listening for? A ripe melon should have a nice, deep sound, like a drum or knocking on a door. Another, maybe easier way to determine if a watermelon is ripe and ready to eat is to look at the bottom of the watermelon. The bottom of watermelons where it was touching the ground when in the field should be a creamy yellow in color instead of white.