Find this article at:
go.ncsu.edu/readext?806889
— Written By Jessica Strickland and last updated by Greg Mills 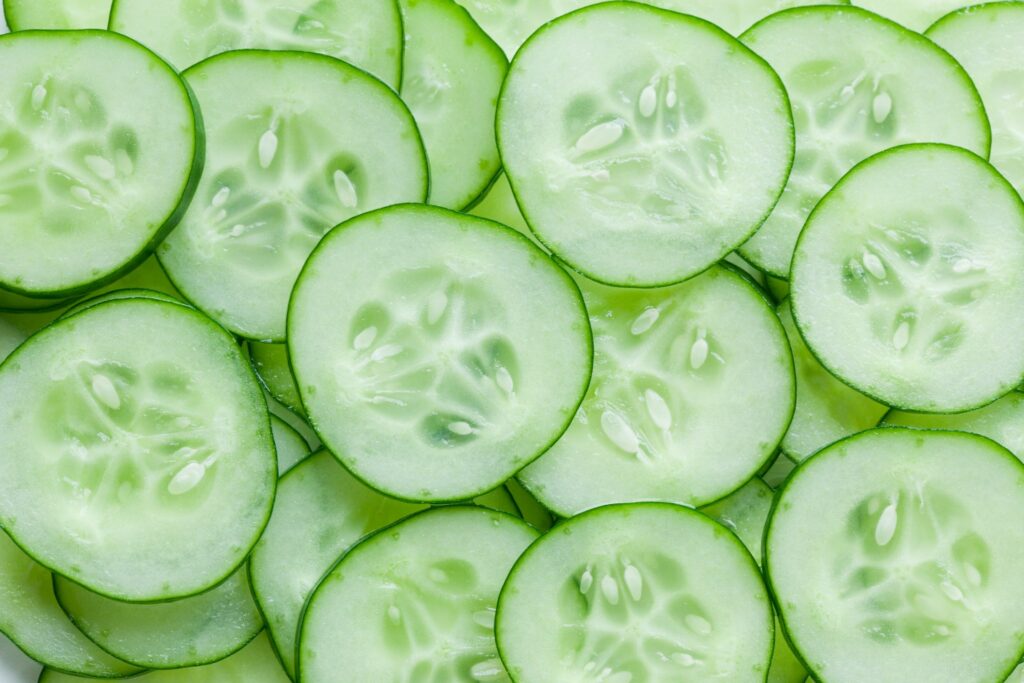 Cucumbers are now in season around Wayne County! Many of us look forward to cool, crisp, fresh cucumbers during the summer season. The peak season for cucumbers is June to October.

Although cucumbers can be grown across the state, Eastern North Carolina has a rich history of cucumber production. Wayne County of course has a special connection with Mount Olive being the home to Mt. Olive Pickle Company.

The United States ranks 4th in cucumber production, after China, India and Russia. In the United States, Florida leads in production for all types of fresh cucumber, whereas Michigan is the leading state producing cucumber varieties best suited for pickling (2012).

The cucumber is believed to be native to India 3,000 years ago. They were brought to North America in the mid-1500s by Spaniards who then taught Native Americans how to grow them. Cucumbers are in the plant family Cucurbitaceae, which also includes squashes and melons. They are a warm season vegetable that’s not planted until the chance of a spring frost has passed.

Cucumbers are popular eaten fresh and pickled. There are two basic types of cucumbers grown in North Carolina: slicing/fresh market and pickling cucumbers. One popular type of cucumber is English cucumbers that are often referred to as “burpless” because their lack of seeds eliminates gas build-up that affects some people. Cucumbers can grow and ripen in 6 weeks. Slicing cucumbers are harvested when they are about 6-8 inches long. Pickling varieties are harvested when they are 2 inches long.

When selecting cucumbers, you should look for firm cucumbers with a shiny or waxy surface and no wrinkles or soft spots. At least two-thirds of the cucumber should be dark green. Once home, cucumbers should be stored at 50-55°F. If temperature is too high, cucumber will ripen rapidly and turn yellow. If temperature is too low, cucumbers develop pitting and tissue collapse. It is not recommended to freeze cucumbers. Due to cucumbers being 96% water, they can dry out very easily. So sometimes in commercial production, after harvest wax is applied to help seal in moisture and extend the shelf life. A cucumber fun fact is the saying “cool as a cucumber” comes from the inner temperature of a cucumber being up to 20 degrees cooler than the outside air due to its water content.

Be sure to include fresh, local cucumbers with your summertime meals by shopping at the Farm Credit Farmers Market. The market is open Fridays from 10 a.m. to 5:30 p.m. and Saturdays from 9 a.m. to 2 p.m. and is located behind The Maxwell Center at 3114 Wayne Memorial Drive, Goldsboro.